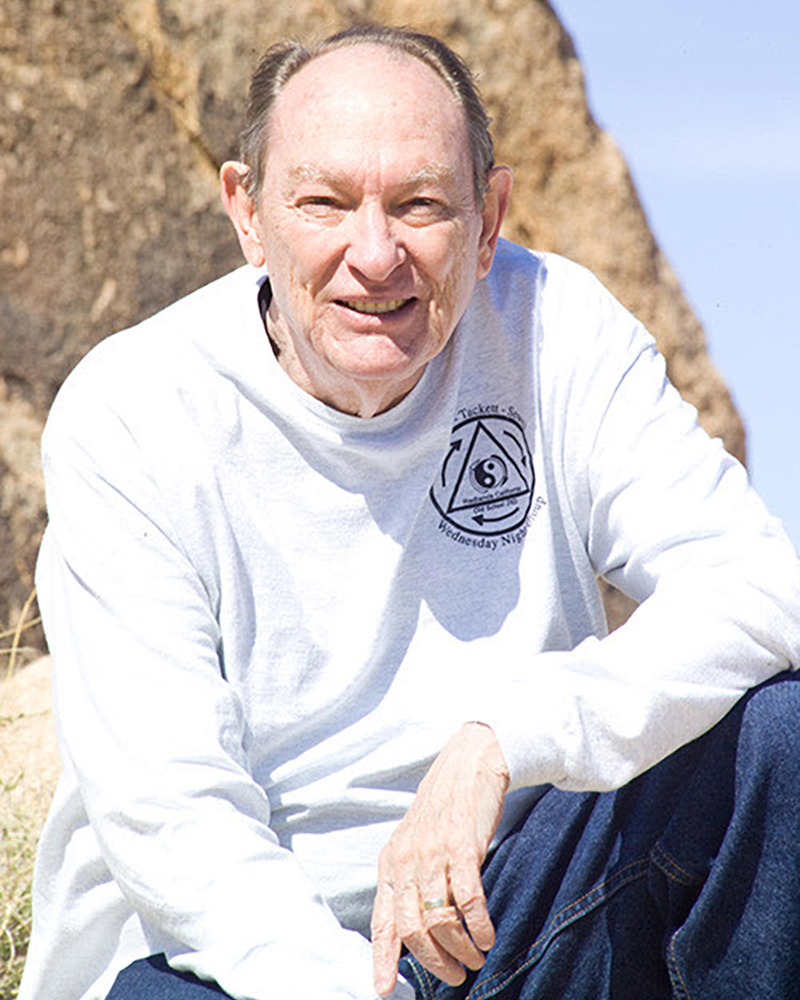 "If you are interested in Filipino Martial Arts then Frans is a great teacher..."

I have known Frans Stroeven for over 35 years and have worked with him in Jeet Kune Do.

If you are interested in Filipino Martial Arts then Frans is a fantastic teacher from whom you can learn it. He is also highly qualified to teach Bruce Lee's Jeet Kune Do.

If you want to learn Kali or JKD definitely go to Frans. 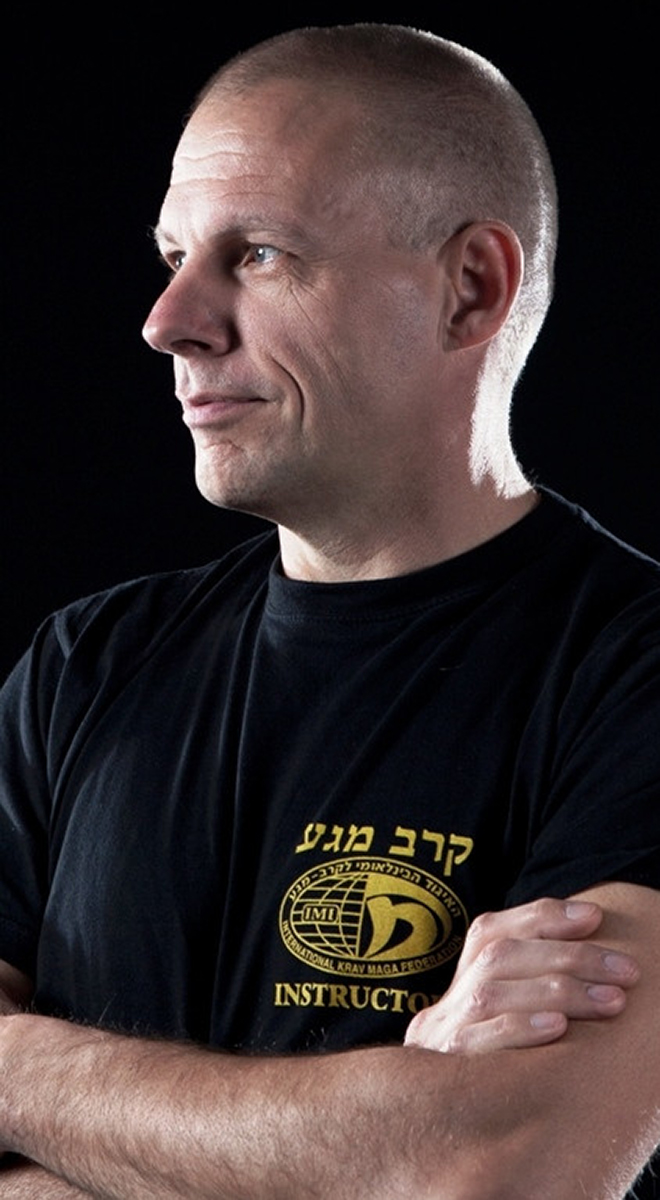 "I met Frans Stroeven 25 years ago during an Eskrima seminar in Friesland. Even then I was very impressed with Frans' skills and the effectiveness of his Eskrima and I have always held the link with Frans and Eskrima ever since."

Some of my students also trained with Frans and even did his eskrima instructor training, which gave me eskrima within the club. So, it has always paralleled my/our development within martial arts and self-defense. While I unfortunately don't have time to do eskrima intensively myself as well, I do try to introduce it to our instructors and students because I believe eskrima adds a lot to what we do...Krav Maga.

Many of my Krav Maga instructors and students have trained under Frans and have experienced that a knife in the hands of a skilled opponent cannot be taken away. This is an eye-opener for us and helps us in our mission to let people get away safely in conflict situations and eliminate nonsense techniques.

Frans delivered a fantastic seminar during the 10th anniversary of my club Defensive tactics that people are still talking about today. When some of my students approached him to come to my anniversary as a surprise, Frans did not hesitate. I thought that was great and quite an honor that he came.

In 2019 I asked Frans again to give a seminar for the whole Dutch instructor team of the International Krav Maga Federation. The seminar was a success and provides a good basis for more cooperation in the future.

I don't let just anyone teach the IKMF team. Only the best gets that opportunity. Masters who have special skills and no ego, and in addition to their yet serious message also bring humor to the training and make you go home with a feeling of wow. Frans can do this like no other and so I hope I get to work with Frans and his team for a long time and more often." 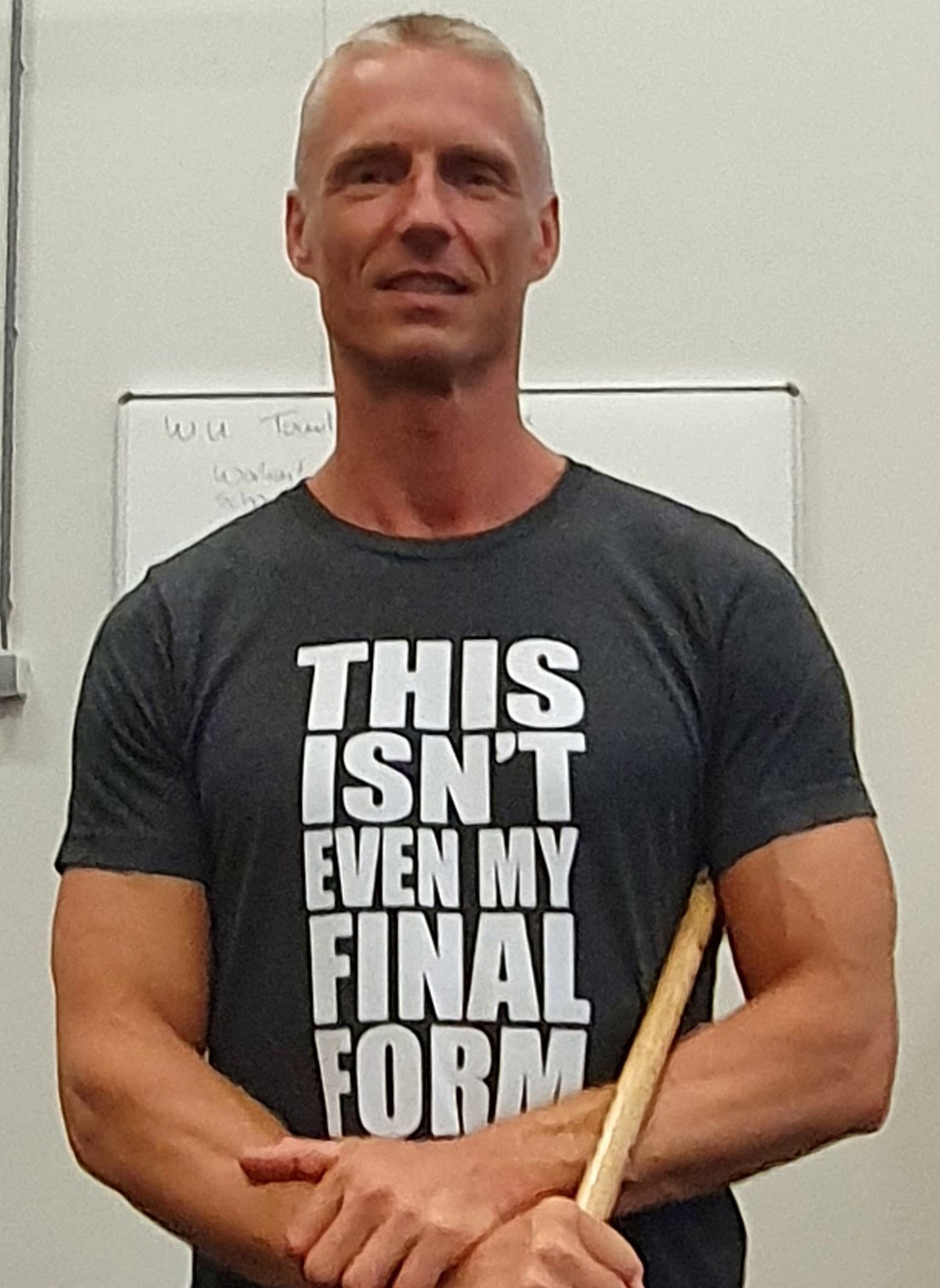 "Frans is one of the best, if not THE best, in the world as far as Filipino Martial Arts is concerned."

I have been training with Frans since 1997. At that time I was already training Taekwondo and wanted to be able to do more with my hands. At first I was looking for good Wing Chun Kung Fu schools and finally I ended up with Frans who was teaching in his home in Eskrima. After 1 trial lesson I never left.

Between 2000 to 2005 I was Dutch, European and World Champion Full Contact Eskrima under his guidance! This was really a top time.

I would recommend anyone interested in martial arts / self defense to come and train with Frans. I'm sure he can teach you a lot, which will also make you better at your own (martial) sport. 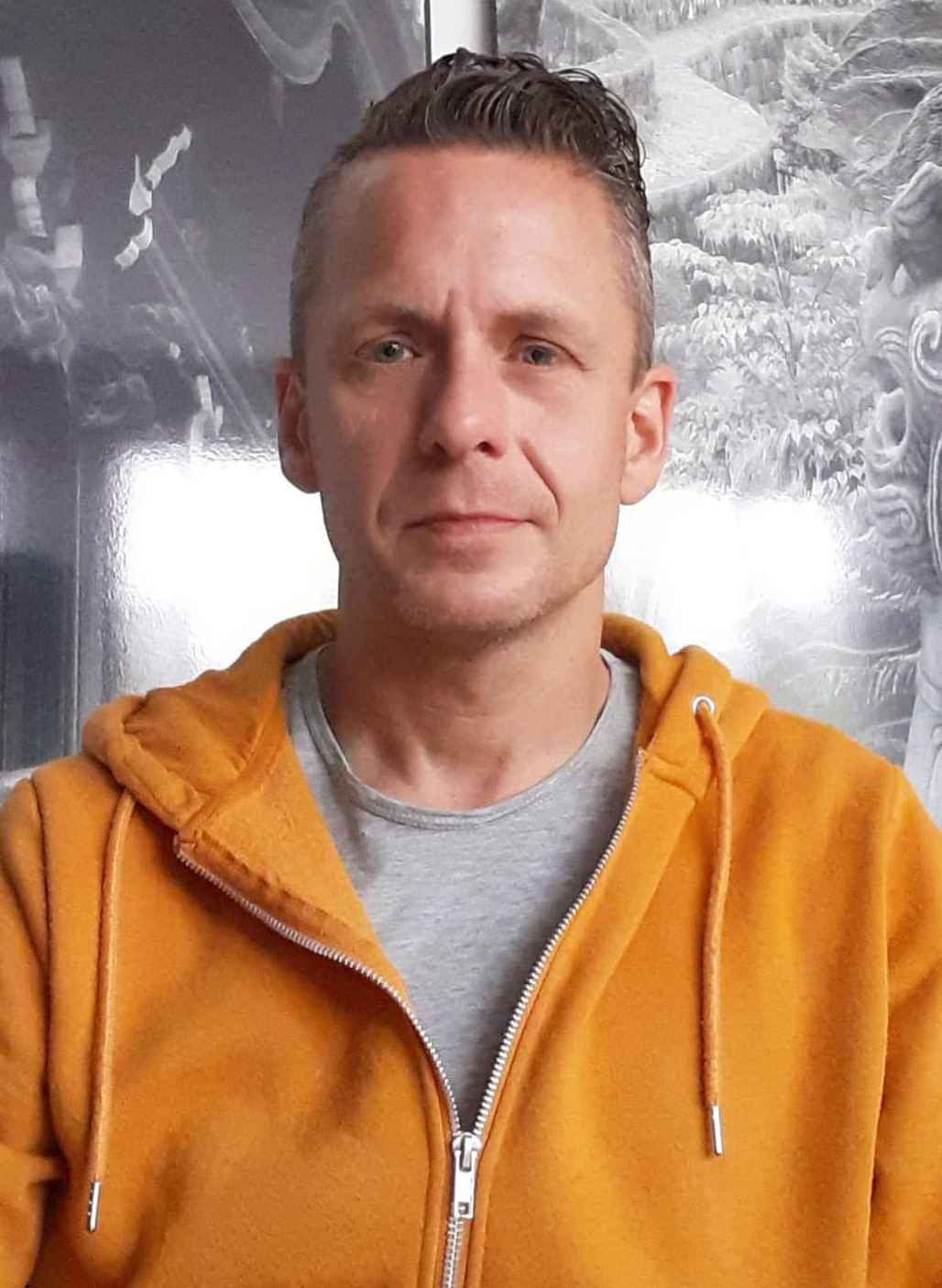 "Pure passion. Pure fire! No fuss and frills. but straight to the point. Frans Stroeven is an absolute and unadulterated master of this caliber."

I have now been active in martial arts for another 42 years and in that time I have come across thousands of people with titles, high graduations and not infrequently equally large egos. Many become dazzled.

What I have come to notice more and more, however, is that the masters who we can count among the greatest, most knowledgeable and sincere are usually concerned with only one thing, and that is practicing and transmitting their pure self-defense arts in an extremely fanatical manner.

Pure passion. Pure fire! No fuss and frills. but straight to the point. Frans Stroeven is an absolute and unadulterated master of this caliber. He breathes martial arts and knows like no other what he is talking about. I once heard someone say, "His arts are too lethal" but it is easier to kill someone by accident than when you really know what you are doing. 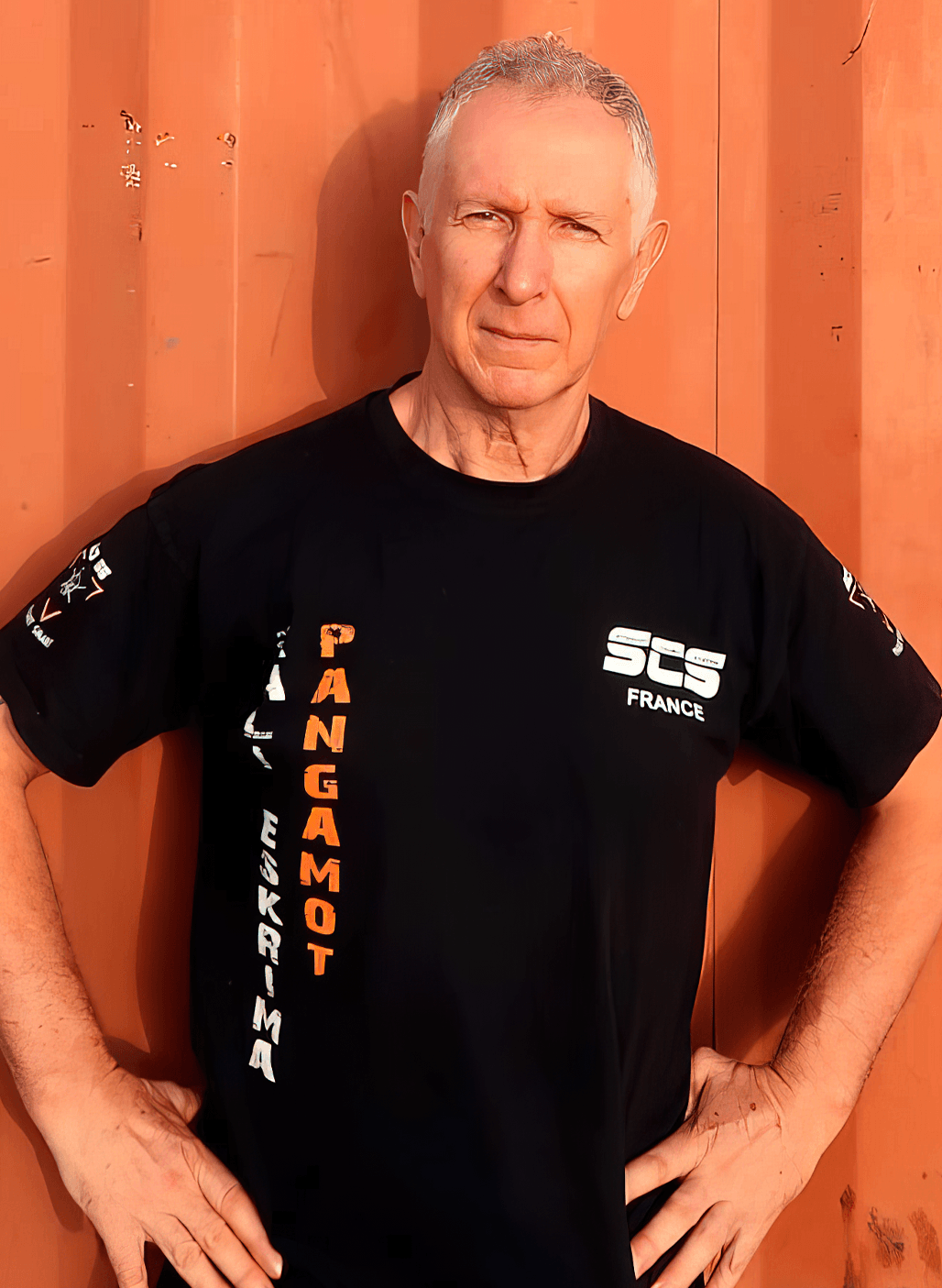 "At first glance I knew through him that I had finally found what I was looking for."

I had practiced other forms of Kali Eskrima for several years before I met Frans Stroeven and joined the big and beautiful SCS family. I discovered him for the very first time on videos posted on YouTube.

At first glance, I knew through him that I had finally found what I was looking for: a style close to real fighting, no frills, efficient and punchy. Heavy punches to the body with unparalleled precision and speed that shake the opponent.

We met during a first seminar in Germany, then many others followed and I have been accompanying him for more than ten years now, always with the same pleasure of discovery.

The man has a lot going for him and each new seminar brings new things. Always searching, Frans is not content to reproduce, he imposes his own vision of martial arts. His personality reveals itself and flourishes in combat. Moreover, he himself does not say it without a certain irony: "I only know how to do it."

You have to see him with a stick, a knife or with his bare hands to realize that he is not an impostor; his talents equal his reputation.

I am very grateful to him for what he has given me. It was an honor to represent him in France and to count him and his wife Leonora among my good friends.

Training with us is to help achieve your goals